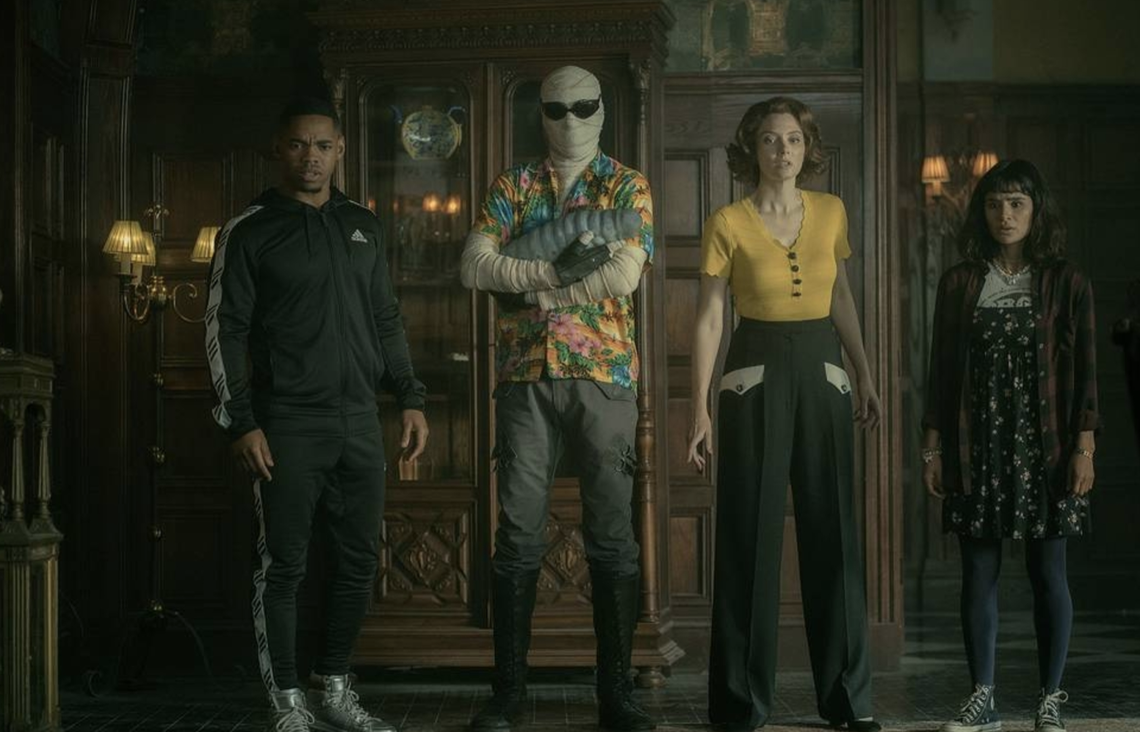 In an exclusive interview, Thom shares how important diversity is by hiring a cornucopia of stunt performers of all shapes, sizes, genders, ethnicities and abilities, the batshit crazy (but totally great!) scripts, plus what it's like working with showrunner Jeremy Carver.

PH: Hi Thom, how are you? How has your work changed in the last year or so (if at all)?

Thom Williams: Hi yourself, I’m doing great! How about you? Well with the COVID of it all, it changed pretty significantly! Once we came back to work it was a pretty different landscape than before, with all the testing protocols and such. It made it a lot more difficult to make changes on the fly. If you had to pivot and say, hire someone new for a sequence that you weren’t planning on, you had to jump through quite a few hoops to get that done, and it often conflicted with how quickly we needed to do things. Took a bit of getting used to. That, and wearing masks all day every day at work. It’s a strange dynamic not getting to see someone's face for months!

PH: Can you share a bit about your journey into the production industry? What inspired you to pursue this line of work?

Thom Williams: I was an athlete all of my life, mostly football. When I got to college my girlfriend at the time was a collegiate cheerleader. I went to a practice with her one day, was just goofing around and learned some of the partner stunting, then a couple of the guys taught me a standing back tuck and a back handspring. They took me inside, where they happened to be holding tryouts. I thought “why not?” Made the squad and cheered for all of my college life, including winning a national title for the University of North Texas. I started coaching gymnastics and was hired at Six Flags Over Texas for a live Batman Stunt Show as their gymnastics coach for the Catwomen. The director ended up putting me in the show, and then the following year offered me a spot in the show at Six Flags Magic Mountain in California. I quit school with about 18 hours left, moved to LA, did the live show scene for a few years and transitioned into film and TV. Once I did my first live show I knew I had found my calling. I had so much fun, and was challenged in so many ways that I couldn’t believe it. 25 years later here I am!

PH: How did you hear about and become involved with Doom Patrol?

Thom Williams: Funny enough, I was on set working and I got notified that I had gotten my first Emmy nomination for "Marvel’s The Punisher” while on set. Within moments of finding out the news I completely out of the blue got a phone call from Gideon Amir, who is the producer on “Doom Patrol.” A couple of amazing friends of mine had recommended me for the gig so he reached out. I was laughing and in a fantastic mood from finding out about my Emmy nom, and I remember telling him about it. He said something along the lines of “congratulations, I must have you on my show!” It was honestly one of the best days ever in the biz. It all lined up so perfectly that day I thought I was dreaming.

PH: Doom Patrol is all about diversity, which we love! How did the hiring process go? In your opinion, why is a diverse cast and crew critical?

Thom Williams: Doom Patrol IS diversity! The cast, the crew, the storylines, the fans, everything about it is diverse and beautiful! I liken our show to the character Danny the Street: everyone is welcome on Danny (and Doom) as long as you bring love with you. I was never asked directly at the time about my background, but my mom is Lebanese, and my dad is of anglo-European descent. I love and value both sides and being a bit of a mutt, it’s amazing to me seeing so many other colors of the spectrum represented on our amazing show, in front of AND behind the camera.

PH: We've heard the scripts are "batshit crazy" in the best way of course. What makes them so fantastical?

Thom WilliamsL Totally in the best way! Our writers are friggin’ nuts, and I absolutely adore them for it! What makes our scripts so fantastical to me, is that there seems to be no limitations. I’m not in the writers room, but I can’t imagine a more fun place to be in my head. They have to have the BEST time throwing ideas and scripts back and forth and coming up with the most absurdly fun pages you’ve ever seen. I love our writers, I truly do.

PH: Can you talk about working with Jeremy Carver? What's that experience like? How do you help elevate each other, and as a result, the show?

Thom Williams: The madman behind the writers room! Jeremy is incredible. He knows what he wants, he expects everyone in the cast and crew to rise to the occasion, but he does it in a very meaningful way. He’s not a boss, he’s a leader. He’s very good at inspiring the best out of all of us, and at the same time making us feel like family. His door is very open, and I feel I have a great relationship with him and I find him very easy to pitch ideas to, and also to ask advice from. To me, a great leader is collaborative, and Jeremy gives us all a lot of room to breathe and do our thing. When someone like that trusts you, it makes you want to deliver even more.

PH: How do you specifically go into pre-production? Do you have a checklist?

Thom Williams: Yes, of course. For season 2, for instance, the first thing I did was talk to Jeremy about our cast. Making sure everyone was back, who are our new characters, and what all of their storylines and scope of work would be like. Then I start breaking down the scripts, looking at doubles and core team, and then plotting and scheming for world domination!

PH: What's involved with setting up some of the action sequences? How long do those typically take to film?

Thom Williams: It all depends on what you’re doing. Some of the lighter stuff we concept and then shoot. The bigger sequences, like complex wire gags, fights, underwater work, those take much more in the way of design and execution. For the bigger stuff I’ll design, then I’ll get my core team together and we’ll concept and previz. By shooting a stunt team previz we’ll get a good handle on how to shoot it on the day, camera positions, special FX needs, art department needs etc. it gives the director, or myself if I’m doing it on second unit, a nice roadmap for the shooting day. It’ll also give the cast and stunt team something to visualize on the day and in general just makes it much smoother for everybody.

PH: Can you share a few of your favorite stunts?

Thom Williams: What?! You want me to pick my favorite kids?! HAHA. Well I do have a few favorites as a matter of fact! I loved Dorothy and Jane coming to a head in the basement when we finally realize what Babydoll’s power set is: telekinesis! Watching her mentally lift Dorothy (both Abi and her double Emily) and then fling her into the furnace was pretty awesome! Shooting Robotman vs Jesus also is a highlight for me. Riley and Josh we’re absolutely hilarious playing off of each other and a knockdown drag out with our Lord and Savior was SO much fun to come up with! And of course, the underwater sequence in the underground was stunningly beautiful and such a pleasure to put together!

PH: We want to know more about this underwater sequence in Episode 8. Can you share how you prepared yourself and prepared Diane?

Thom Williams: 8 AND 9! She spent a lot of time in the water! Diane absolutely knocked it out of the park with this sequence. I’m so incredibly proud of her and all the hard work she put in to accomplish this sequence! I had her training for several days with two amazing master divers, a father/daughter duo; David and Alexis Lord. They helped get Diane extremely comfortable performing underwater. Working without a mask and regulator can be really stressful if you’re not used to it and Diane got so comfortable under there that she looked like she’d been doing it her whole life, and it showed in the finished product. Almost every shot under there is her, performing her ass off in a beautifully lit water tank.

PH: What is something else about this project that viewers may not know?

Thom Williams: The support system around and responsible for this show is stellar! Every department head and their teams continually bring their A game. The big bosses at Berlanti, Warner Bros and HBO Max have been extremely collaborative and supportive. It makes such a huge difference when you’re working for people who not only trust the people in the thick of production, but also give them the creative freedom to excel at their jobs. And thanks to them I’ve been awarded so many amazing opportunities to second unit direct some beautiful sequences on this show and I hope to keep going and move into directing for these various companies!

PH: Are you working on any other cool projects this year? (That you can talk about?)

Thom Williams: I am currently stunt coordinating a new series called “First Kill” for my dear friend Felicia Henderson while I wait for the hopeful news of season 4 of Doom Patrol!