Jibs, Cranes, and Robotics: Getting the Shot 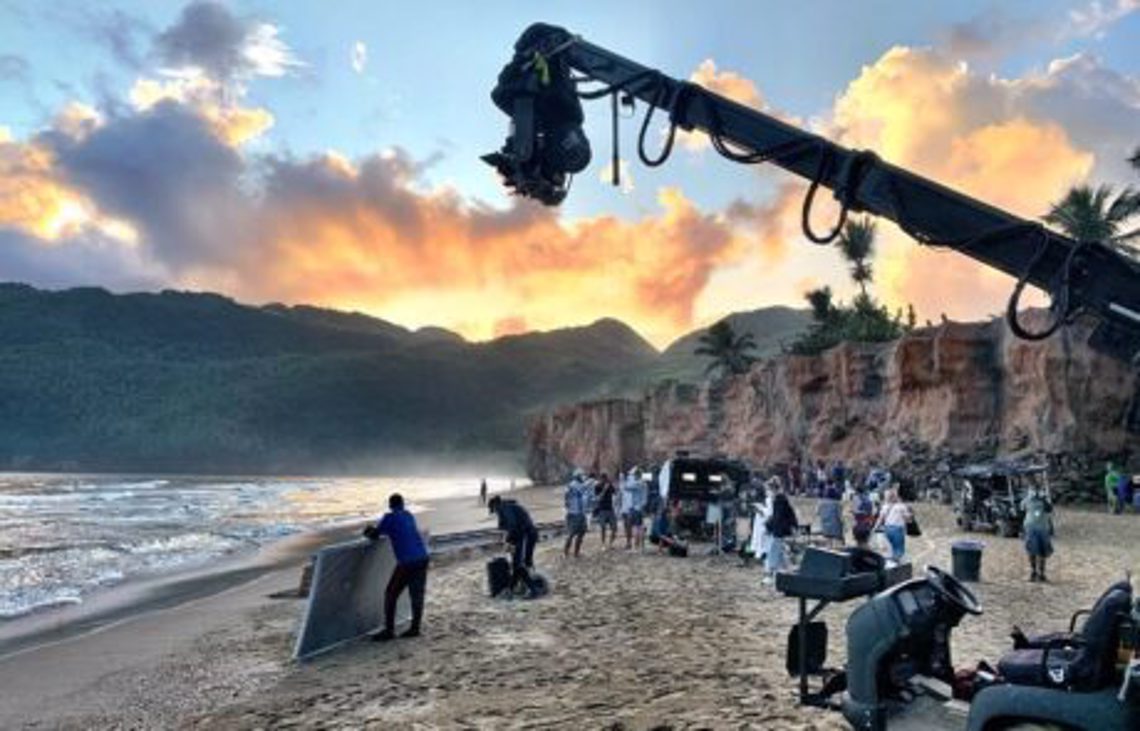 It was the opening round of the US Tennis Open. Big crane outfitted with a Sony camera and going to town. Man, those guys were pros, and made that thing move with grace. Talk about teamwork. The shots they were able to get were so incredibly smooth! Being mostly handheld at that time, I could only stand there and be jealous to see what they were getting. That was the beginning of what has been my almost obsession with jibs, cranes, and robotics ever since.

Why Use a Jib, Crane or Robotic Set Up?

There are some shots or movements that require a jib or more operated by some incredibly talented people. Unless you can bend, flex, and loop like that sippy cup straw, stand back and watch.

With a jib or robotic arm, there are going to be shots that can only happen with that set up. I also learned what a robotic set up could do. While at NAB in 2019 I watched a very cool MRMC (Mark Roberts Motion Control) demo go through its paces.

Besides being mesmerized by the demo, I realized that the programmed robotics and camera head did the EXACT same set of moves every time, flawlessly.

Getting to the Real Deal

Turns out I’m not the only one who is really into jibs, cranes and robotic technologies. I will admit being a tech editor I am obsessed with technology, both old and new. There are a lot of great jib, crane and robotic companies out there that take this stuff very seriously. When I looked at these companies they all had one thing in common, and that was an unwavering commitment to customer service and getting “it” right.”

One of those companies is Cinemoves. I got the chance to talk with Scott Howell from legendary Cinemoves, a company with 35 years of experience and locations all over the world. Being a key grip for a long time, Scott provided a really interesting take on how Cinemoves goes about educating new and working with existing clients. Then he also got into one of the very cool projects Cinemoves just worked on. I asked Scott how does one "educate" a new DP or client about the process that goes into working with robotics or other motorized devices that they want to use but might not be that familiar with?

“I keep a very comprehensive library of videos and stills of rigs and scenarios. This becomes invaluable and gives our clients a sense of security that we have been there and done that. We also enjoy doing show and tells and one of our locations. This gives us a opportunity to educate by showing them what the equipment can do not just telling them.” Scott went on to talk about a recent project for Cinemoves.

“This is a tough one because this is kinda our specialty. At least it’s my favorite part and we do it a ton. One that comes to mind is a big well known company asked us to create a camera array that could capture in 16.5K with a 165 degree field of view both vertically and horizontally. They also needed us to be able to stabilize it with a gimbal and achieve high energy shots. Oh and they wanted a live stitch monitor to operate. It ended up taking 11 RED Monstros and a year to pull it all together. I’m proud to say our team knocked it out of the park. The screen is 4.5 acres in size and the theater will seat 18,000 people. The images are incredible. You don’t feel like you are watching, you feel like you are in the picture.”

Thanks Scott for the insights!

Next moving on to my good friend Josh Greenstein, President and Founder of The 2Twelve Consulting Group. Josh spoke about his experience at the Macy’s Thanksgiving Parade.

"Jibs are a great camera support option that can add a lot of value to many productions. For the Macy's Parade this year I was part of the team that supported the augmented reality integration during the show. In addition to the main show cameras we had three of our own cameras dedicated to the fx processing. We utilized mechanical tracking using encoded heads and sensors attached to the pivot points of the cameras and the JIB along with encoded lenses. All these things combined provided the tracking data for the render engines to place the animations into the live video and be displayed in real time as the cameras move around. Like any elaborate support option it takes time and skilled personnel to assemble and in this case many to execute the tracking configuration as well. I’m the end the perspective and effect that a jib provides can really elevate the quality of your production."

There is so much very cool other ground to cover here, so I want to get these guys in as well. RailCam is a German camera tracking system created by RTS(Rail & Tracking Systems, GmbH.) RailCam can be hung from the ceiling, sat on the floor, driven on straight track, curved track, or any combination of both.

RailCams wheels fully wrap around the track making it impossible for the car to ever drive off the track. Featured in our Super Bowl coverage, RailCam had been busy at work with lots of exciting new projects ranging from a recent show with Kanye West to a shoot with Bill Maher—both done in Miami. Not to mention other work from their partner company RTS Rail & Tracking Systems working at the Olympics to provide coverage of the mogul runs with a rail and camera system set up to capture the runs as they happened down the side of the slope.

The results were apparent, and RTS Rail & Tracking Systems worked to get it right in frigid weather and it made for a very cool shot.

Lastly, in our review of jibs, cranes, and robotics, no article in my opinion, would be complete without a mention of Elite Camera Support. These guys are one of my absolute favorites to follow on Facebook. If you are watching any kind of theatrical release or episodics these days, you've probably seen some of their work. The thing I really like about Elite Support Systems is their commitment to total safety on the set. Location work is hard enough as it is, without having to worry about set safety. They set everything out on their website so even if you were brand new to the jib or crane experience, you get a tailored walk-through experience with all the steps needed to have a successful location shoot. I’ve always said hire the best people that know their stuff and then let them do their thing.

Summing It All Up

Is there a jib, crane, or robotic set up in one of your future shoots?

Sure there is, you can pick what you want to use and when you want to use it. Sometimes you may have to invest a goodly amount of your budget. Question is how bad do you want and or need to get THAT shot? Watch, learn, and get a company that you feel comfortable with. The best companies will ask you a lot of questions. This is so they will have a better understanding of what you are trying to accomplish.

Go get that jib. I think you'll be happy with the results!