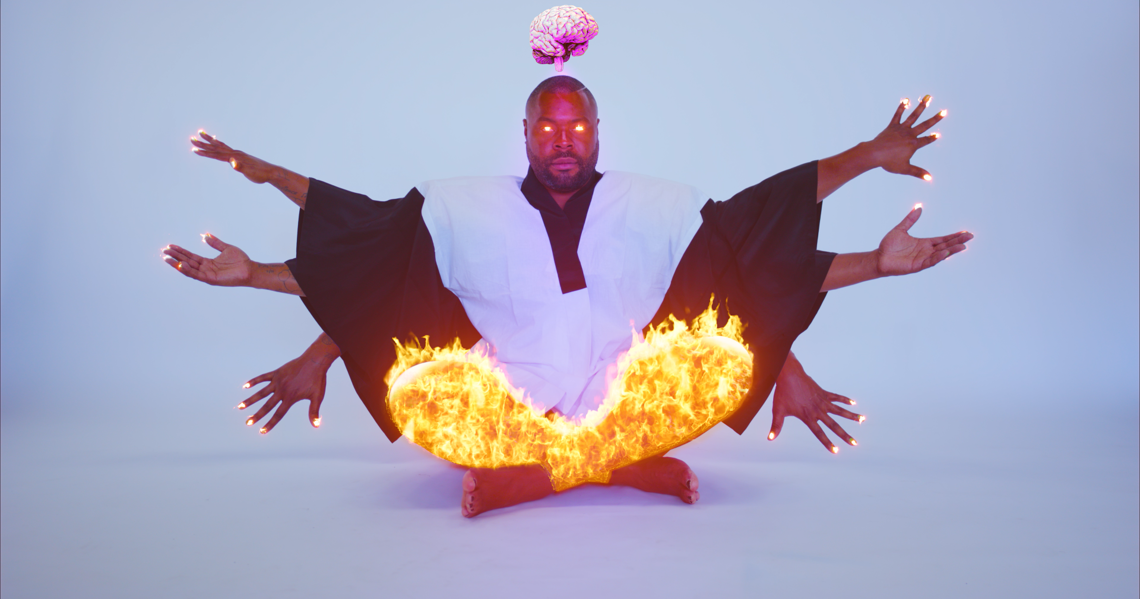 JB Ghuman, Jr. has never let being called “weird” stop him. Rather, he’s always embraced it, finding his successes in doing so. His debut feature film “Spork” follows a frizzy-haired adolescent outcast of the same name who faces off against mean girls, bands with her fellow outcasts and enters a talent show, all while navigating the complexities of junior high. With the idea that anyone can fit in as long as you make a place for yourself, the dark comedy won Best Feature Film as part of the 2010 Tribeca Film Festival’s virtual competition and went on to be recognized at eight festivals, including the BFI London Film Festival, and screened at more than 20 festivals worldwide.

“After ‘Spork,’ this artsy, poor, cliché artist was now traveling the world, and I was being told how talented I was, which felt rad given that until that moment I was always simply called weird,” explained Ghuman. “I sold the film, and it ended up going from art house theaters to Netflix and held the number one spot for its category for a couple of months, developing a sort of cult following.”

“Truth be told, I'm perpetually wishing and waiting for all my efforts to finally land me a larger gig where I can finally show my expression on a mass audience level. I know I'm forever in the ‘weird’ category, but I also know this reality only grows when something new is given the chance to shine. So, I'll keep creating until that blessing finds me,” he added.

Never one to wait patiently in the wings, Ghuman knows that hard work, determination, continuing to flex his creative muscles and taking advantage of every opportunity that presents itself will only help further his art.

“The Lady Tigra made original music for ‘Spork,’ so when she shared her recent song ‘Firebender’ with me, I jumped on it,” explained Ghuman. “Netflix has already announced a live action series based on ‘Avatar: The Last Airbender’ cartoon, which ‘Firebender’ is also based on; the song even has a rap from actor Dante Basco who was the voice of the cartoon’s Zuko. So, I reached out stating I’d love to make an art-vignette in my studio around the track so I can show my style and expression and who knows, maybe impress the powers that be to let me direct an episode. And if not, I still get a chance to share my art, creative messages, etc. A win-win!”

Creating and shooting all his own work in his personal studio often means that Ghuman is a one-man show. However, relying on the URSA Mini Pro 12K camera to shoot his art-vignette for “‘Firebender,” meant he didn’t have to sacrifice creativity despite going at it alone.

“Given my efforts are to break through into the larger studio system, I try to find any chance I can to get my style and voice out there,” he explained. “But this in turn usually means almost no budget, and it all falls on me. So, I shoot, I direct, I style, I edit, everything. It’s a crazy hustle, but given my passion to break through, it’s very much worth it. I’ve had some pretty big moments in my career, but I’m still pushing for that big break.”

“I know I’m a bit distinct in my story telling, and it can be difficult to find a place for me, but I feel if I keep creating and keep pushing, I’ll carve my own space,” he continued. “The URSA Mini Pro 12K really helped me do that. Its range, its power and its maneuverability as a self-contained unit was everything I needed for this shoot.”

According to Ghuman, the project is about conscious expansion in the face of action or self-awareness in the space of feeling. “It’s a bit of my ongoing efforts in a lot of my work at large,” he said.

Shot in 12K, the VFX-heavy project was supported by the URSA Mini Pro 12K’s image quality, detail and definition with Blackmagic RAW, “Maintaining a crazy high-quality value,” per Ghuman.

“The URSA Mini Pro 12K made a heck of a difference! Doing zooms or pans is by far easier when it’s actually shot as a static clip. This particular project was VFX-heavy, so it really shows the power of pixels using 12K given all the data that was layered over the shots,” he explained.

He added: “At first I thought 12K was a bit overkill, but given the bump up to 8K on YouTube and all TVs being 4K, it really does make a difference when you upload anything in a higher resolution, even if it streams in a lesser resolution. For example, if you upload in 4K then stream it in 1080, it still looks better than if you upload in actual 1080. So, one can imagine if you upload in 12K, it’s going to look even more beautiful in 4K as it streams.

“Plus, it’s a nice safeguard for the future. TVs will eventually all be 8K, YouTube will soon go up to 12K, and my work will automatically be transferred to 12K. Combine that with the fact you can simply do a master wide shot and then in your edit bay decide if it’s now a quarter shot or even a closeup, with 12K you have those creative options.”

“Whether you’re trying to make your own stuff on the fly or doing a big budget production, the URSA Mini Pro 12K slides nicely from one to the other,” concluded Ghuman. “It’s advantage in clarity is too rad to pass up, and it helped me be me on this project.”