WCB Films on the Importance of Documentary Filmmaking 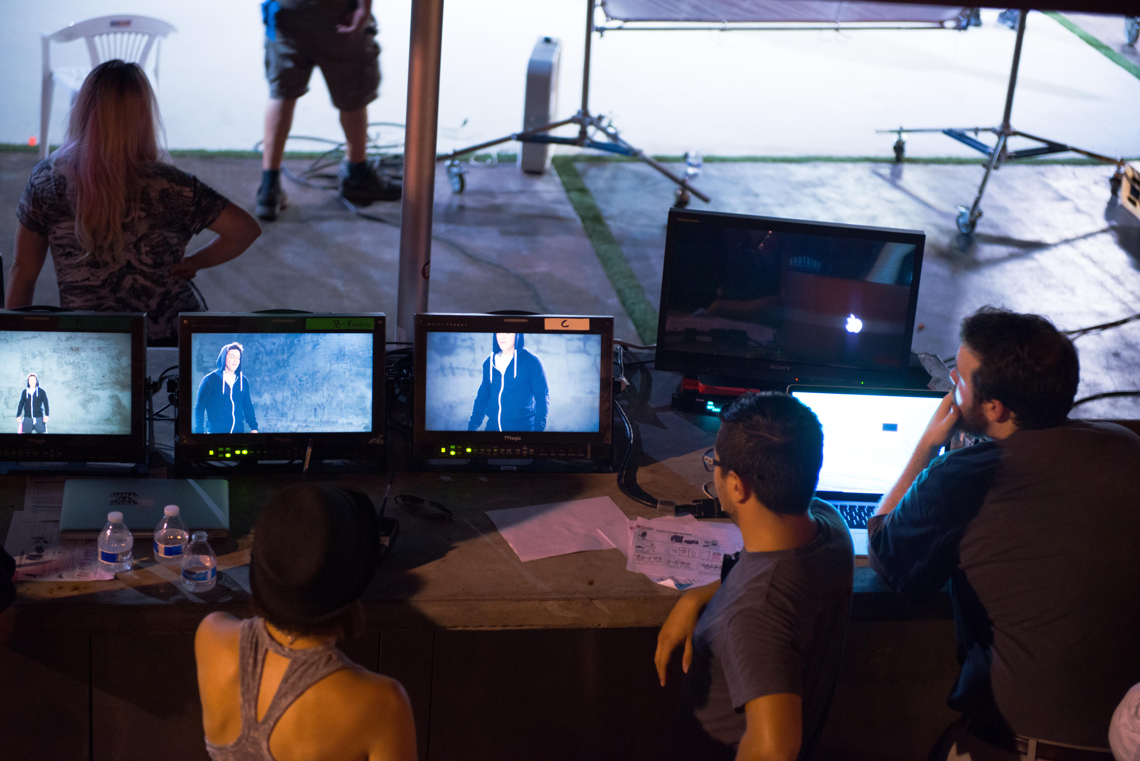 WCB Films is a small production company of six people who moved from South Florida to Los Angeles to continue the dream of being filmmakers. The company's main focus is narratives—they rely heavily on story for the features and shows they are trying to pitch.

They also develop branded content for clientele and they own all the equipment they shoot with, unless a client needs something specific (then they get that rented for them).

PH: Hi Jeff! Can you tell us a little about WCB Films?

Jeff Boos: Of course! WCB Films is a production company located in Los Angeles, California with a talented team that strives for excellence when it comes to creating content. Our main focus is mostly narrative. Be it creating TV or Feature Films, or even branded content, we always devote ourselves to make sure the heart of the story comes through in all our pieces of work.

PH: What was the journey like moving from South Florida to Los Angeles? Did you face any challenges?

Jeff Boos: Our eyes were always set on Los Angeles while we were working in South Florida. Once we had a reputable clientele and portfolio, we decided to make the move out to L.A. Once we arrived the country went into lockdown for the first time when the pandemic was upon us in the US. At first it was worrisome, but pushing through adversity we found ways to continue to produce out here in Los Angeles.

PH: How did the move set you up for biggest filmmaking success?

Jeff Boos: I think to accomplish what we want, which is selling our independent feature films and shows, we needed to be where the industry is. That was the main reason we relocated to Los Angeles.

Jeff Boos: Filmmaking is special to us because of what you can do with the medium. With film you can visually tell a story that can resonate with a certain audience. Regardless if it’s a movie, music video or even advertorial, there is a way to bring heart to anything you create. So, to get down to the bottom of it, when it comes to storytelling, it’s something the heart can understand and that’s why we as human beings gravitate towards it.

PH: What are some elements that make a successful narrative?

Jeff Boos: There’s a lot of moving pieces when it comes to storytelling. To me it mostly depends on the storyteller themselves. Their style. But it also depends on the audience they are trying to reach. I think a lot of filmmakers or storytellers in general tell a story that means dear to them, which isn’t a bad thing, but some of the time it won’t resonate with an audience or even a general audience.

I guess it comes down to what is a successful story. It could be either an audience sitting through the whole story or being able to change their perspective on life after watching. So, certain elements that are crucial to the story would be:

PH: How do you know if you've got a really solid story to tell? Is there a surefire way to know?

Jeff Boos: Sometimes I don’t even know if I have a really solid story. I wouldn’t say there is a surefire way. I try to usually go after how I initially feel when I originally create the idea. That way, when it becomes redundant since I see it all the time, I don’t forget how it made me feel.

I also like to use a group of trusted creatives, like my team, or other storytellers I know to get their feedback.

PH: Can you share some of your favorite narratives you've been able to work on?

Jeff Boos: Even though I have worked on some bigger things and some things are in the works that I can’t really touch on. I do have something that comes to mind that was at the beginning of my career. I was producing and directing content for Zumba Fitness which was called Zumba Stories.

It was a short documentary about Zumba Instructors that lost weight and got healthy through using Zumba. The reason I loved it so much was because it was the main reason I got into the entertainment industry, and that was to bring heart felt stories to the screen. The fact that I got to spend my time with these incredible people and got to know who they were, it meant so much to me.

PH: What types of services does WCB Films provide? Why is it important to basically be a "one stop shop"?

Jeff Boos: Basically, we are an execution company, we handle anything film related from Pre-Production to Post-Production. I don’t think there is one sure way to do things. I have friends in the industry that just focus on their one craft and do an amazing job. For us, it made sense to focus on building a team and a network so that we can one day get to what we really wanted. And that was to be a production company that is producing Feature Films and TV shows. The benefit of being a one stop shop is that we get to focus on our relationships with our clients, which in turn helps our client save money while still providing quality content.

PH: Do you have preferences when it comes to the equipment you use? Why or why not?

Jeff Boos: We use whatever equipment best suits the project, but we are big fans of Canon and Aperture. For example, we love the Canon C300 because of its color science and also how efficient it is when it comes to the footage in post. The Aperture LEDs are not only amazing lights, but they are very energy efficient and don’t overheat so wrapping up sets is a lot easier for us since we are a small team.

As for the transparency, it really helps to be clear and upfront with your client. Your client won’t know all the answers or even all the details. That’s why they are contacting you. So, the best thing to do is always be transparent with them so they know what is going on. Plus, a lot of the time you need to educate your client. That way, moving forward with your relationship with them, you have a good foundation between you and them.

PH: How do you think narrative storytelling will continue to evolve?

Jeff Boos: I’m very excited for the future of storytelling. Between the tech advancements, maybe one day I’ll have an augmented reality movie playing in my living room. But, I think I’m most excited to see what comes from my generation and beyond. We will have people that have been watching content since they were babies. The amount of skills when it comes to storytelling, especially visually, will be embedded in their minds. Which will also make smarter audiences craving well thought out content at every turn. So, it may be difficult, but I’m excited for it.

PH: Is there anything else you'd like to add?

Jeff Boos: I’m thankful for Production Hub and what it’s created for the industry. Also, they gave me an opportunity to share my thoughts and opinions. I’m also thankful for anyone that took the time to read this. Storytelling can be hard. But just like your main characters, you have to always push through adversity, as there’s always something great waiting for you on the other side.