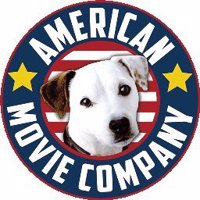 The American Movie Company, founded in 1996 by Emmy Award-winner Bill Milling, is the one-stop shop for all of your production needs. We offer a large selection of Green Screen Studios and White Screen Cyc Studios for a wide range of budgets. Our sound stages are located throughout the five boroughs. Our largest studio, in Astoria is 35’ by 70’ followed by Chelsea North, which is in Midtown Manhattan.

Our WebCasting services:
The American Movie Company specializes in live WebCasting and Live Streaming Video. Our live NYC WebCasting studio, Chelsea North, features a tricked out TriCaster 8000 with a one gigabyte direct fiber line to the neighboring Google offices and a soundproof control room. With this studio, we can Live Stream your talent on Green and composite in real time.

Want to Live Stream elsewhere? No problem. We can WebCast from virtually anywhere, including vans, helicopters, rural areas, etc. When WiFi is unavailable, we use specialized 4G LTE Bonded Cellular data which is sufficient for Live Streaming 1080p content. We can even WebCast aerial video from camera drones.

Our Teleprompter Rental and Interrotron Rental Services:
The American Movie Company is the largest Teleprompter and Interrotron Rental Service in NYC and North America. We have operators throughout the United States and Canada who have prompted for current political figures and in the recent past for President Bill Clinton, President Obama, and Former First Lady Michelle Obama. Celebrities are too many to name. They include Hugh Jackman, Bradley Cooper, Tina Fey, Beyoncé et al. Major companies include Google, Jaguar, ShowTime, PBS Sports, etc. The American Movie Company is known for its teleprompter services because all of our operators are tthe quintessential professionals. Some are trained speech coaches as well. They will work tirelessly with the talent before the shoot to help them achieve their best performance.

Our Aerial Video (camera drone rental) services:
The American Movie Company partners with SkyCam to achieve one of the most extensive Camera Drone and Aerial Cinematography services , not only in NYC but across the United States. Our drones range from the Titanium X8 Octocopter, which can fly with virtually any camera and lens (including RED cameras), to the DJI Inspire 1, which comes with its own custom camera.

We specialize in aerial videography in New York City and work to seamlessly resolve any limitations surrounding permits and other technicalities that might otherwise inhibit your production. As stated above, we can WebCast live from our drones.

The American Movie Company, LLC can be found in the following categories:

To quickly and easily communicate with professionals and companies through their listings, please log in.

New to the site? Create a user account. It's free and easy.