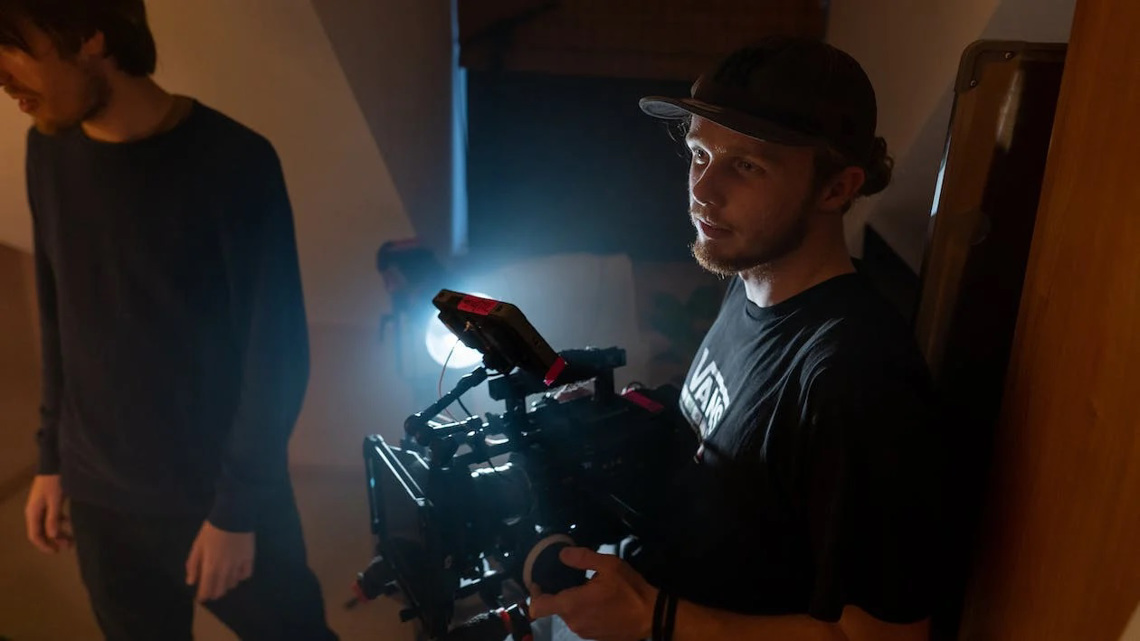 Whether you’re in the vicinity of NYC or a frequent visitor, you’re likely well aware of its ample cinematic offerings. NYC takes pride in being “one of the most heavily-used locations in the world" for filming and embraces this fact. From video production companies and filmmakers to avid movie-goers, the city has a film festival for everyone all year long. Here, you can discover the ten best film festivals in NYC today, from renowned international headliners to emerging events.

TOP 10 FILM FESTIVALS IN NYC In no particular order, consider our ten picks that follow.

INTERNATIONAL FILM FESTIVAL MANHATTAN (IFFM) True to its name, IFFM is an international film festival like few others. On its 12th Milestone Year, it offers “narrative features, documentaries, shorts, student and now professional films from all over the world." The festival features in-person film screenings, followed by full Q&A portions, online events, and more. Finally, it's known for its Black Tie Opening Night Awards Night, where it awards more than 35 award plaques every year.

The festival’s activities take place across various Manhattan locations, from the Diamond District and Midtown East to Chinatown and beyond. If you're an aspiring artist, you may find one of the adjacent neighborhoods deemed the best ones for artists to your liking and decide to move there – and, why not make it your home in due time.

GREENWICH VILLAGE FILM FESTIVAL Speaking of charming, artistic-minded neighborhoods, few festivals can match the titular location of the Greenwich Village Film Festival. The festival recognizes Greenwich not just as “one of the most photogenic neighborhoods of New York City" but also as "as a creative state of mind born in a specific location” that it seeks to preserve and promote. For this reason, the festival comes with a specific focus on “hyperlocal" talent, showcasing the exact products of the area. Charming like not many others, Greenwich Village Film Festival is undoubtedly one of the best film festivals in NYC today.

NYC INTERNATIONAL FILM FESTIVAL (NYCIFF) Perhaps among the most famous film festivals, NYCIFF will be having its 15th anniversary this year. It showcases international and national films, taking pride in "giv[ing] the new generation of filmmakers a Film Festival to showcase their Art." Indeed, the festival serves as a platform for amateurs and newcomers to network and perfect their craft, distributing the films showcased yearly. And, as expected, the festival holds its awards, including Best Actor and Actress, Best Director, and more.

NORDIC INTERNATIONAL FILM FESTIVAL (NIFF) Touted as “the largest Nordic film festival outside of Europe” and “the festival of the future," NIFF seeks to live up to these labels. True to its name, it comes with a keen focus on Nordic films – exploring Scandinavian culture under unique spotlights. As it does, it strives to be "at the forefront of many different topics" of global significance, championing gender equality, climate awareness, and more. Now in its 7th year, NIFF has partnered with Fotografiska New York to host their screenings in stunning, artistically compelling settings.

TRIBECA FILM FESTIVAL One of the best film festivals in NYC and one of the most famous is, without a doubt, Tribeca Film Festival. It was founded in 2002 by cinema icons Robert DeNiro, Jane Rosenthal, and Craig Hatkoff, so at the time of writing this article, it has just concluded its 20th year. Its signature partners include such household names as AT&T, Meta, Audible, and more, ensuring it adheres to the highest standards. Seeking to "[redefine] the film festival experience," the festival offers world premieres, exciting events, and more, helping filmmakers reach national and international audiences.

SOHO INTERNATIONAL FILM FESTIVAL Another famous film festival worthy of NYC audiences is the SoHo International Film Festival. Fast approaching its 13th edition this October, the festival comes with a distinct focus on cinematography and production gear. It “celebrates the cutting-edge of digital technology," featuring films from across the globe while still “honoring traditional forms of storytelling." It seeks to offer a platform for aspiring artists and seasoned professionals alike, offering networking events and an array of awards for Best Short Film, Best Documentary, and Best World Film.

NYC INDEPENDENT FILM FESTIVAL If exploring the indie scene of independent filmmakers is more to your liking, the NYC Independent Film Festival may be among the best film festivals in NYC for you. "Independent in spirit" and "international at heart," the festival has maintained its vision throughout the past 13 years. Ran as a non-profit organization, it focuses on “low budget and emerging, yet overlooked filmmakers, [aiming] to create the largest gathering of true indie filmmakers." Those participating can win awards for Best in Independent Cinema, Best Music Video, and Best Animated Work.

NEW YORK ASIAN FILM FESTIVAL (NYAFF) Another noteworthy festival with a unique focus comes in NYAFF. True to its name, the festival is “dedicated to the exhibition and appreciation of Asian film culture" and keen on “building bridges between Asia and America." Having just concluded its 20th anniversary, the festival’s lineup continues to feature world premieres and international premieres. At the same time, it maintains an eye for “eccentric arthouse gems," helping upcoming auteurs network and thrive.

BROOKLYN FILM FESTIVAL (BFF) Stylized as “Brklyn Film Festival," BFF too comes with great appeal and a unique focus. Seeking to highlight local cinema, true to its name, the festival has a strong mission to “advance public interest in films and the independent production of films." In showcasing local, independent films, ranging in subject matters from addiction recovery to unwavering love, BFF’s 25-year-long presence has indeed promoted “artistic excellence” like few others.

BIG APPLE FILM FESTIVAL (BAFF) Finally, one of the best film festivals in NYC you might consider this year is BAFF. Beyond its focus on the independent film community, BAFF strives to promote filmmaking excellence and offers opportunities like few others. The festival includes dedicated industry networking conferences, year-round mentorship labs, and more, lending a substantive helping hand to the emerging NYC filmmaking scene.

Andrew Stiller is a freelance writer and avid movie-goer from Houston, TX. A frequent contributor to benhur.com, his topics of interest range from filmmaking and digital marketing to the relocation industry and more.