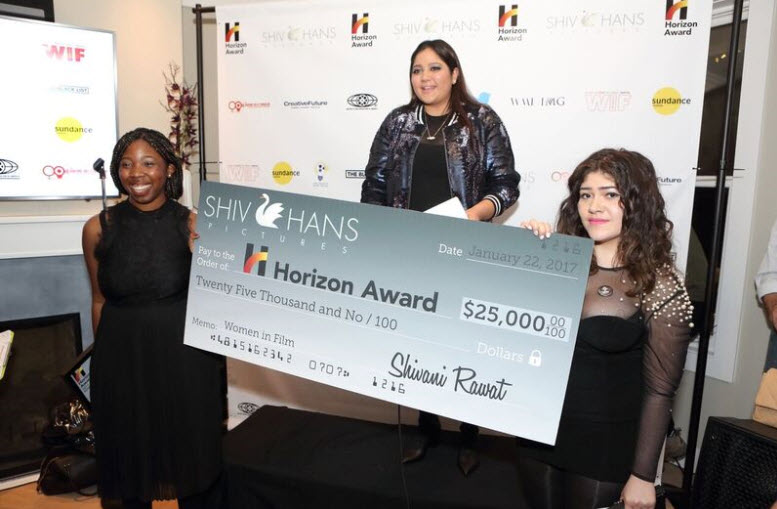 The winners of the Third Annual Horizon Awards were announced by the award co-founders Cassian Elwes, Lynette Howell Taylor and Christine Vachon on January 22, 2017 at the WME Lounge in Park City, Utah during the 2017 Sundance Film Festival. The Horizon Award was established to support emerging female directors and address the significant disparity between the numbers of female-to-male directors.  Participants submit a self-directed short that is two minutes or less in length.  This years winners were selected out of 53 submitted films.

“Being a woman in a largely male-dominated field presents challenges, one of which is balancing the serious gender and diversity gap within the filmmaking community,” said Rawat upon the completion of the event. “As a young, Indian-American female producer myself this is a personal challenge, which is why ShivHans Pictures is proud to support this year’s women filmmakers as a patron of the Horizon Award.”

In addition to attending The Horizon Awards, two of the the event’s co-founders had films they were representing in this year’s fest. Vachon was attached to Beatriz at Dinner, Lemon, Mercy, and Where is Kyra and Elwes was representing Mudbound,

To learn more about the Horizon Awards, please visit: