For Award Consideration: Costume Designer Janie Bryant’s Work In "It” 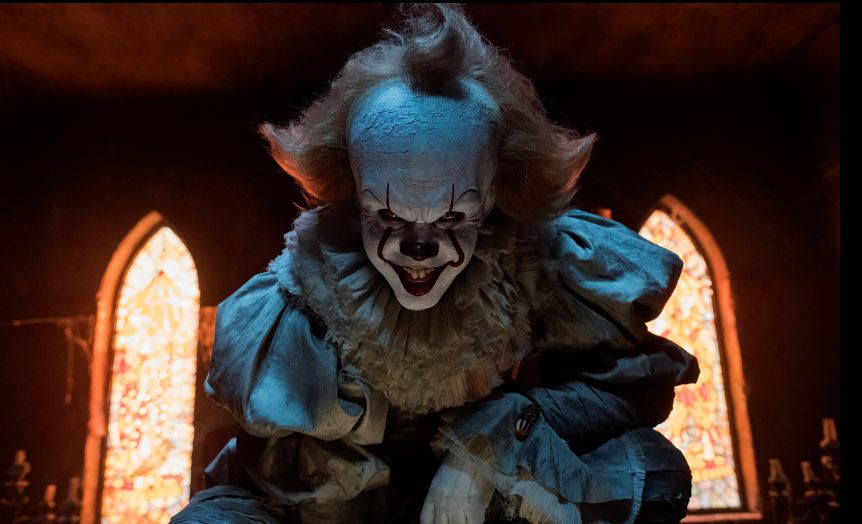 Period clothing and costume designer Janie Bryant go together like a hand in a glove.  From her Emmy-winning designs representing a small, 1870s mid-west town in “Deadwood” to her award-winning reflections on the 1960s advertising business in “Mad Men”, Bryant’s ability to reflect the look of a period has made a lasting impression in viewer’s minds.  She had just finished tackling the 1930s aristocracy for the pilot of “The Last Tycoon” when her agent pitched her a project she couldn’t resist: director Andy Muschietti’s remake of “It.”

As it turns out, Bryant is a big fan of horror movie costume design.  She equates the levels of distressing:  creating layers of dirt, sweat and blood that often befall characters in horrific situations, to painting.  She also enjoys building multiple replicas of a costume that are needed for the various action sequences in a horror film.  “It” offered these creative stimulations as well as period elements.  Bryant read the script and was immediately enthralled.  Prior to meeting with Muschietti, she gathered some visual elements, specifically highlighting concepts for creepy clown Pennywise, to bounce ideas off Muschietti.  These included images of Victorian clowns and acrobats as well as Elizabethan and Renaissance clothing.

“Pennywise had been alive for hundreds of years,” said Bryant.  “I really wanted to include elements of all the different periods.”

After landing the job, Bryant dug into her research phase.  Set in the 1980s, the story revolves around a group of 11-year-olds in the small Maine town of Derry in the 1980s.  Although the rural setting would require less fashionable outfits, Bryant wanted to highlight their group name, The Losers, even further by giving them an out-of-date, old fashion quality.  She turned to sources includingyearbooks, magazines, newspapers, movies and posters as well as photos, looking for styles that would be more old fashioned and behind-the-times.  She was also mindful of the balance of small town but more fashion-forward styles she needed for the other children and townspeople.

During the design phase, Bryant focused on making unique, character-specific creations for each Loser member.  Many of the costumes were built, and those that were sourced made from adult pieces cut down to an 80s youth fit. Bryant and her team created graphics that referenced local shops in town for the tees, and even built the pawn shop trucker’s hat worn by one of the bullies.  Every piece that Bryant and her team created had to have at least ten duplicates made.

Bryant was particularly excited to design the Pennywise costume.  Noting that Pennywise in Stephen King’s original novel was a spider, Bryant wanted to incorporate an organic element, creating a quality akin to an exoskeleton.  She also wanted the costume to accentuate the unique, childish, puppet-like movement actor Bill Skarsgard brought to the role.  Referencing different periods in her final design, she added pleats in the jacket, sleeves and legs to give Pennywise, as she says, “that organic, caterpillar, creepy feel.”  The back also has a pleated spine that further replicated a reptilian movement.

Bryant chose a dipeone silk as the main fabric for the Pennywise costume.  The silk was washed to obtain a perfect texture and remove the shine and was distressed to give it an antique, vintage feel.  Bryant designed the jacket with an element of padding to give it a stiff, cultural feel.  “I wanted it like a shell.” The elaborate collar was made out of chiffon.

“It’s an Elizabethan-esque designed whisk collar with Fortuny pleating,” said Bryant.  “I left the edges raw so it would fray.  This incorporated the idea of Pennywise’s spider web.”

Bryant and her team built and distressed at least eighteen Pennywise costumes.  Versions were built to accommodate the various iterations of Pennywise seen throughout the film, including Georgie, Beverly and the girl in the painting.   Muschietti wanted red to be used specifically when someone is possessed by Pennywise, so Bryant and her team used a very subdued palette, highlighting greens and yellows to create a dewy, summertime feeling.  She also turned to subtle 80s colors, such as mints and peaches, avoiding the less pop 80s colors.  Muschietti requested Pennywise’s costume mirror the color of the church steeple.

While Bryant spent three weeks working on the costumes with many team members she relies upon in Los Angeles, she was the only person who transitioned to the Toronto-based set.   Bryant relied on a local crew to comprise her team, who were pulled together by her costume supervisor, Sheila E. Pruden.

“She was my rock.  I am so thankful we got to work together,” said Bryant.

After “It” released earlier this summer, Bryant’s attention has been on the release of her new clothing line for women.  Her creations are inspired by the 1950s, a period Bryant feels is one of the “most flattering decades.”  Accentuating the hour-glass figure in sizes from XS to 4XL, the line is available through the Burbank-based boutique, Unique Vintage.

To see examples of Janie Bryant’s costume design and clothing line, follow her on Instagram at:  https://www.instagram.com/janiebryant/?hl=en

Surviving the mission to Mars in Netflix’s Stowaway

How to Organize a Large Production: On Set with Hilton Hotels

The Power, Speed, and Flexibility of U.2 Drives on Film and Video Sets

The Epiphan Pearl Mini is More Than Meets the Eye