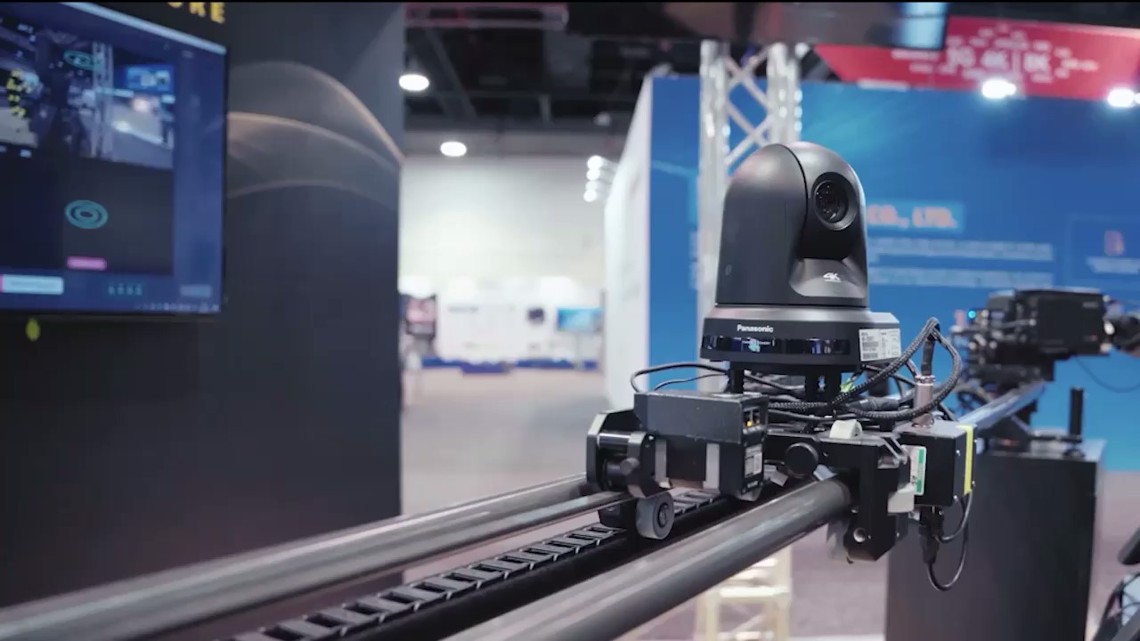 When MRMC announced that they were adding the ARC-360 PTZ camera to their product line up, my curiosity was instantly piqued.

When I previously thought about MRMC and their product line up, I typically envisioned their very cool and robust robotics loaded with cinematic cameras doing some amazing dance moves. For example, the awesome display from MRMC at 2022 NAB had attendees seemingly lined up four to five deep at times just to get a closer look. Of course, one doesn’t need the cool robotics to get great shots with the MRMC ARC-360 PTZ. The ARC-360 is being mounted and used in all types of productions. So, lets’ jump right in.

The more I thought about it, the more this marriage of PTZ technology and robotics just made lot of sense. PTZ cameras - like the ARC-360 - have improved image quality so much and so fast starting with bigger and better sensors. Along with those improved sensors, the MRMC ARC-360 also has some other features that would make it the logical choice as a stand-alone PTZ or when productions decide their best choice of action is to mount the ARC-360 to a robotic arm.

I was recently able to catch up with Paddy Taylor, Head of Broadcast, MRMC to find out some more about the MRMC ARC-360 PTZ camera.

PH: Paddy, thanks for taking some time to talk about the MRMC ARC-360. How does the ARC-360 fits into your current product line up?

Paddy Taylor: The ARC-360 is our first proper PTZ camera, we already had the POD which was designed for robotic photography and videography using a high-end Nikon camera like the D5 or Z9. Customers were asking for a smaller version specifically for video which had the same outdoor credentials. This is also crucial for the sports automation solutions that we offer where cameras are permanently installed in stadiums and then controlled by Polymotion Player or Relay.

PH: Are there any other controllers can I use?

Paddy Taylor: We have our own controllers starting with a USB controller through to our broadcast panel and our IP panbars which can be used to controlling many heads or you can use the Polymotion products and that does the control for you. Customers can also use Slidekamera controllers and controllers from our friends at Skaarhoj.

PH: Does the use of the ARC-360 require any extra software and does the ARC-360 have much of a learning curve?

Paddy Taylor: It depends on the application. Users can use the controller directly but many of the smarter features need one of our software products, but they are often included with the camera. Also, we aim for all our products to be as simple as possible to use and the ARC-360 is easy to setup, the latest version is POE++ so you can use one cable for power and control.

PH: What are some of the other features of the ARC-360 we should be looking at? The emphasis on the ARC-360 seems to be ruggedness. Is that a correct statement?

Paddy Taylor: The main body of the camera is metal the housing is plastic and carbon fibre in parts. Yes, the camera is designed to be suitable for extreme environments, one of its first outings was the Americas Cup on the top of a mast! One of its key features is that it has an optional roll axis so when a customer is using it in challenging environments and you can’t mount it level or gale is blowing, you can adjust the image to level it! Additionally, we support 6G SDI, and the ARC-360 is designed to be modular and upgradeable so we are looking at NDI and SRT at the moment.

PH: What has been the feedback from customers? What are they doing with the ARC-360?

Paddy Taylor: It is very diverse, obviously there are a lot installed in stadiums, racetracks, and sports grounds but we also have customers using them in challenging OB environments such as documentaries set in jungles, outdoor beauty cameras, concerts, and tours, one customer uses them on a magnetic robot that crawls up the side of ships performing inspections on the hull!

PH: Are there any production applications that surprised you?

Paddy Taylor: The interest in the roll feature seems to be unique. We had a customer that mounts cameras just above the grass of the sports field and the contract stipulates the cameras must be level, but customers complained because the image isn’t level which isn’t true. It is actually the pitch that slopes to allow water run-off, so the ability to just roll the camera 1 or 2 degrees is really useful.

PH: Lastly, what is the best “horror” production story you have heard so far? A story where the ARC-360 got knocked about, but still functioned well anyways?

Paddy Taylor: There are a few, the ‘best’ is probably a concert where there were cameras from multiple vendors attached to the lighting grid, as this was being lowered it was dropped and the only camera that was still working was the ARC-360!

I would love to get my hands on the MRMC ARC-360 for a full out review either trackside or another sporting event. The ARC-360 is checking off all my boxes when it comes to ease of use and set up, functionality with a variety of controllers and most importantly image quality and ruggedness.